Now that I have your attention....ha! I'm having an art show!

I am taking a break from mural-ing and freelance designing, to work on my own personal paintings. It's been too long since I really gave my focus to work that is entirely for myself and not commissioned. It feels great!! I've finished new paintings and touched up old ones....and getting ready to start some new ones again! And it's all because of the event flier below: an event I have been wanting to put on for a long time now. It's finally happening: an art show/slideshow about my experience in the Peace Corps in Madagascar. So if you're in Portland, I'm inviting you to come check it out! Hope to see you there! Stay tuned for updates of a slightly more personal kind this month. ;) 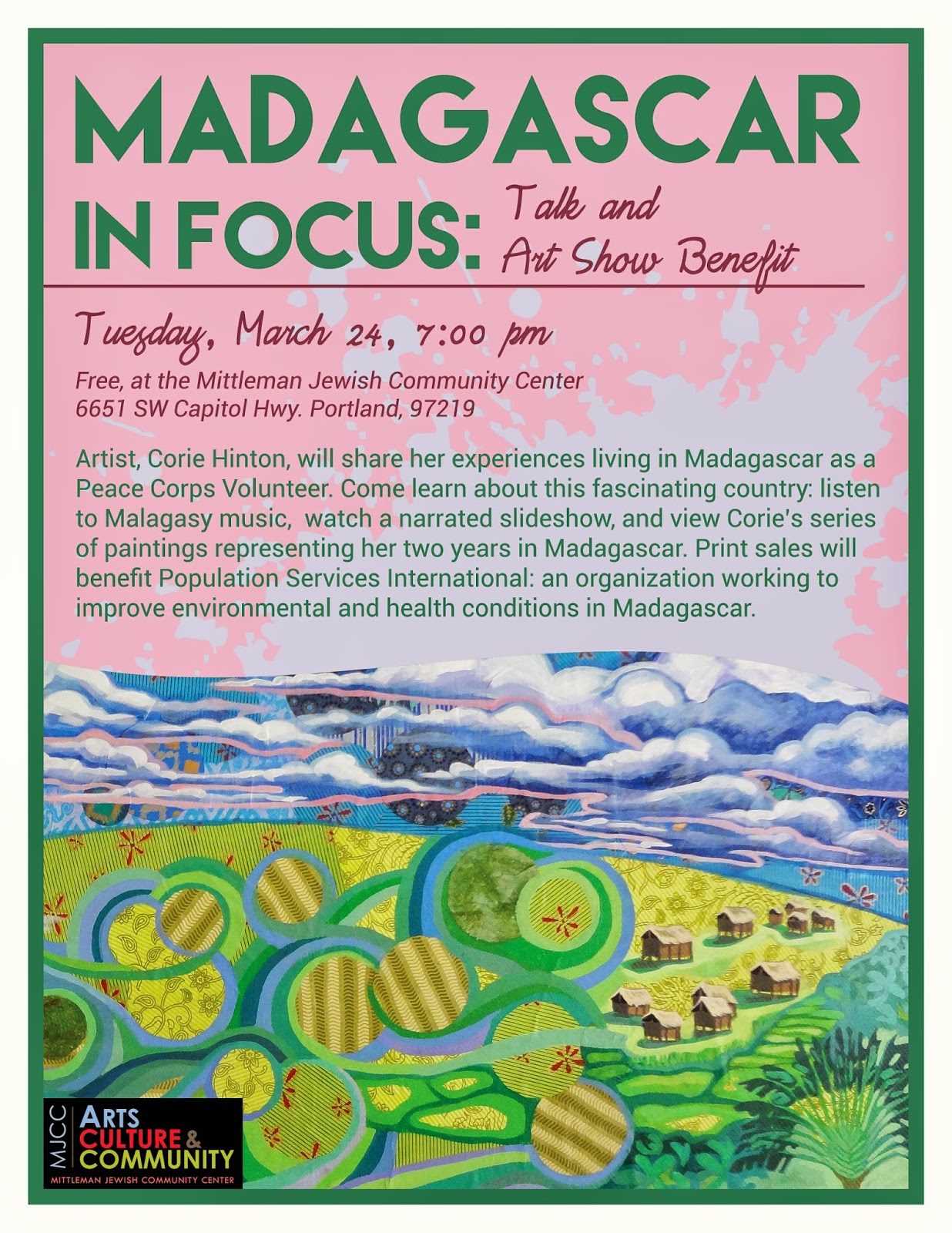 Posted by Corie Hinton at 5:03 PM No comments:

Here's the latest. I was asked by the retirement community company that I've been working with for the past year or so, to paint this American flag mural in one of their buildings in Portland. When I was first texted a picture of the wall, I was thinking the flag would be painted only on the right side by the tv screen, and that I would be able to bust it out in an evening. When I got there, I learned they had much, much, BIGGER plans!

I was asked to paint the flag as big as the entire wall. This is bigger than my projector can reach, so I eyeballed the whole thing. I used blue painter's tape to create an outline of the flag, and then, typical Corie, just went for it with the paint. I did make sure to write notes to myself (you can see the "w" and "r"'s below, telling me which stripe was which). Then I painted it all in, leaving some of the beige wall showing through, to make this gigantic-not-subtle-at-all mural, slightly more subtle.

Crazy story: When I was about halfway through this mural, I got a voicemail telling me not to come in and work on the flag that night. There were some residents and veterans who found it disrespectful to the flag, to be walking through it, through the door. So, the residents voted and 75% of them wanted me to finish painting it, instead of having it painted over and aborting the project. I wasn't sure how I felt about annoying the exact population of people that we were trying to honor by doing this thing in the first place. But, the democratic process has spoken, and I finished, as they asked. 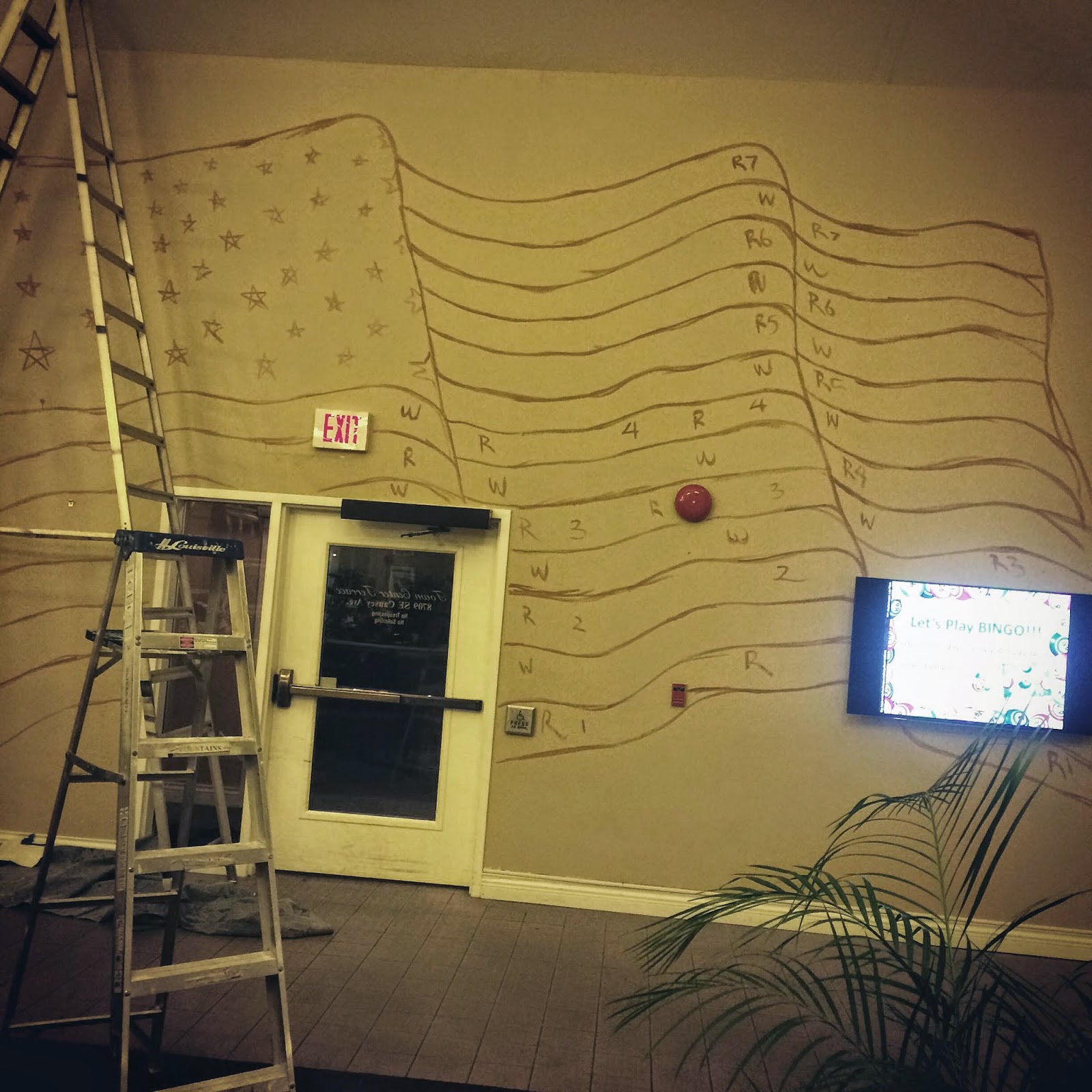 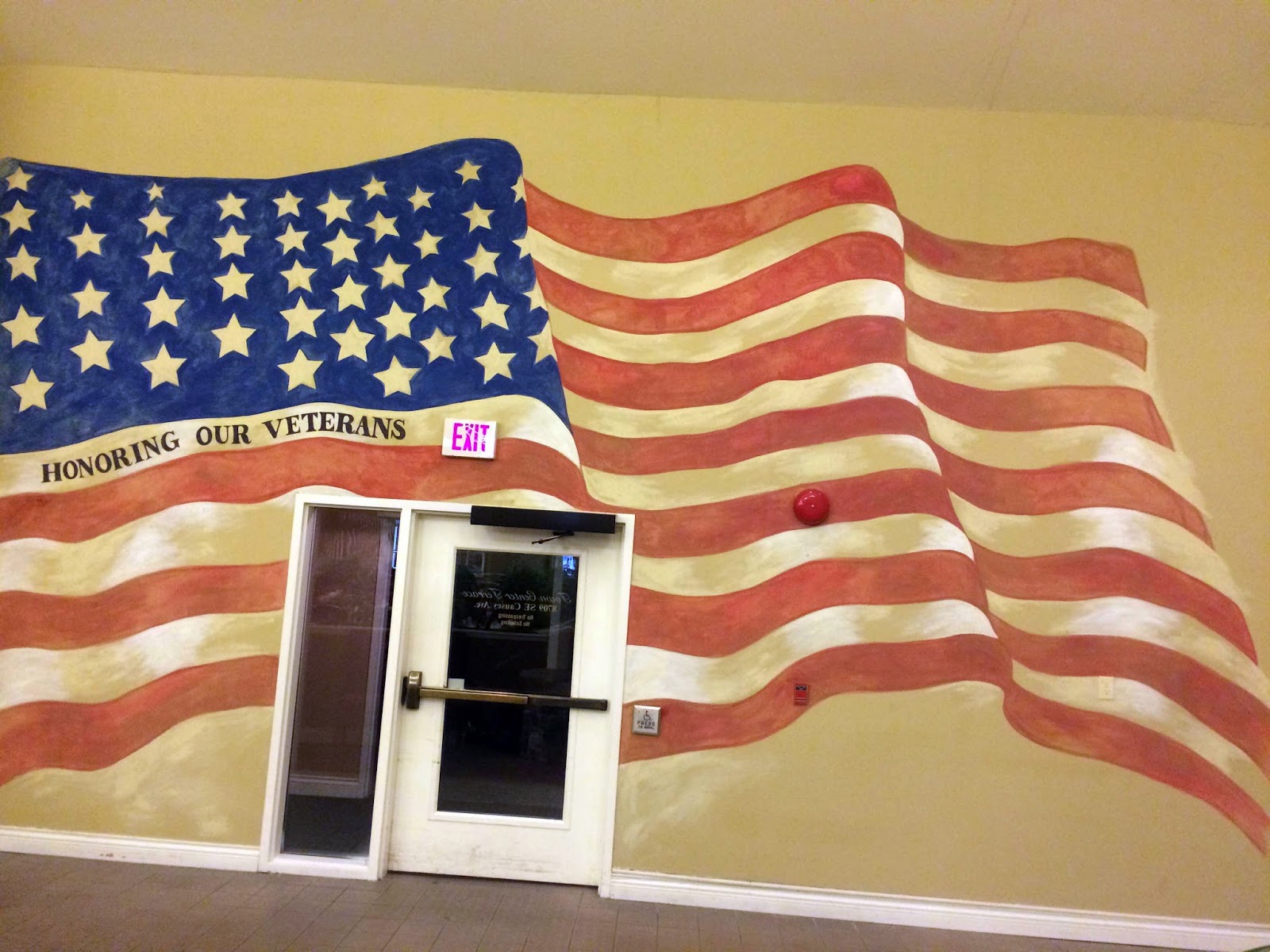 Posted by Corie Hinton at 8:02 PM No comments: