This is gonna be mostly a pictures post. This is a weeks' worth of work from my trip down to San Diego. I was there to paint murals at a new memory care facility being built there. Each of the 4 wings of the memory care building is considered a "neighborhood", and has a large mural corresponding to the name. La Jolla, Balboa Park, Coronado, and Torrey Pines, are the neighborhood names, and landmark places in the San Diego area. The idea is to help residents navigate the building, and also feel a sense of home. I love being a part of making this building a better environment for memory patients! I'll be heading back in a couple weeks to finish up, so stay tuned! 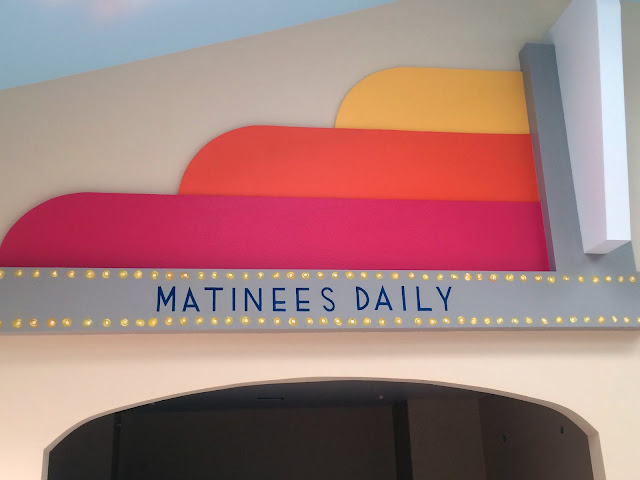 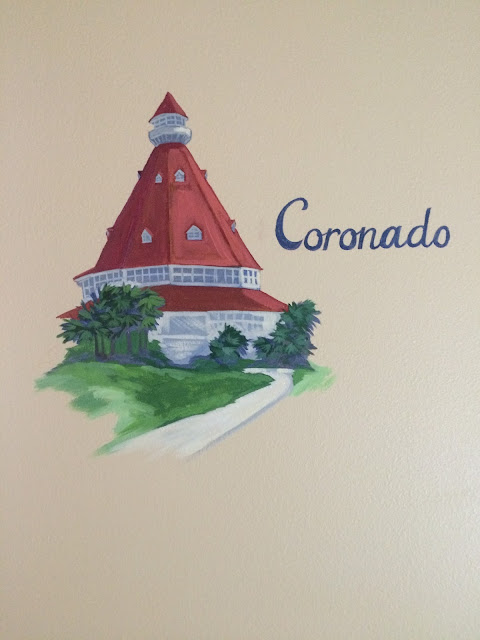 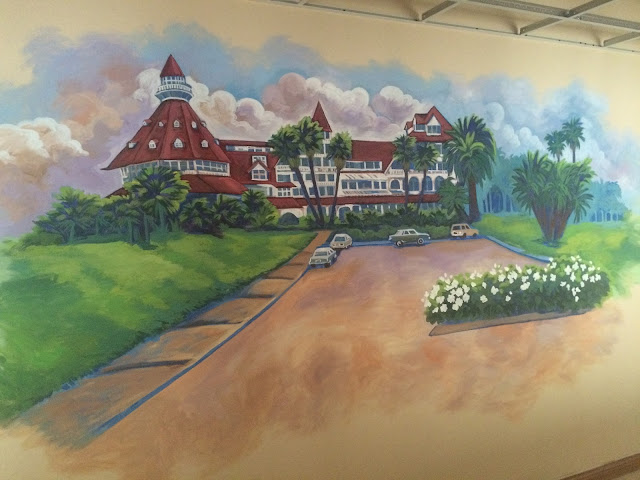 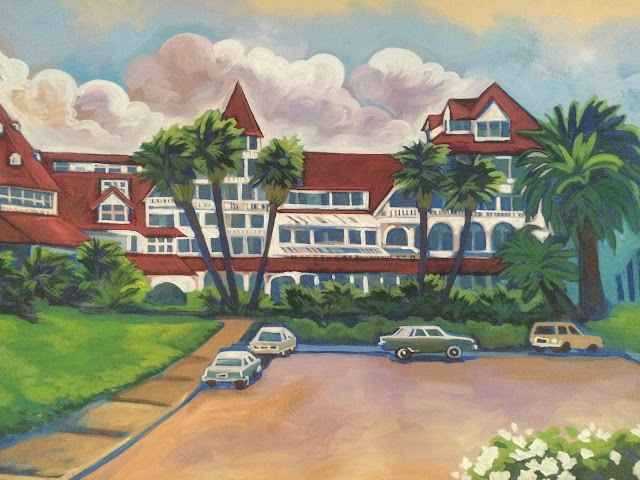 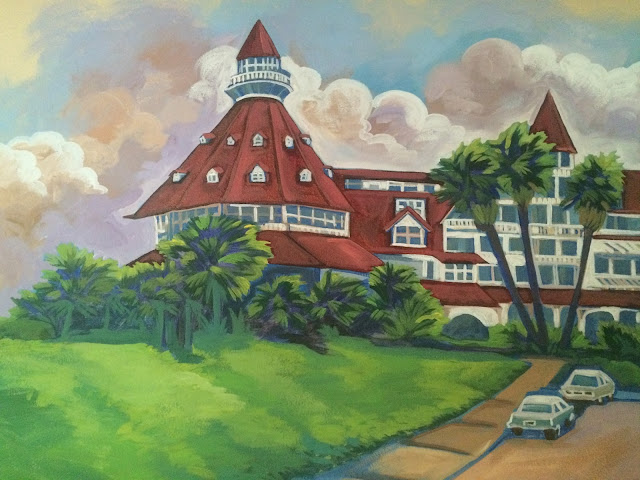 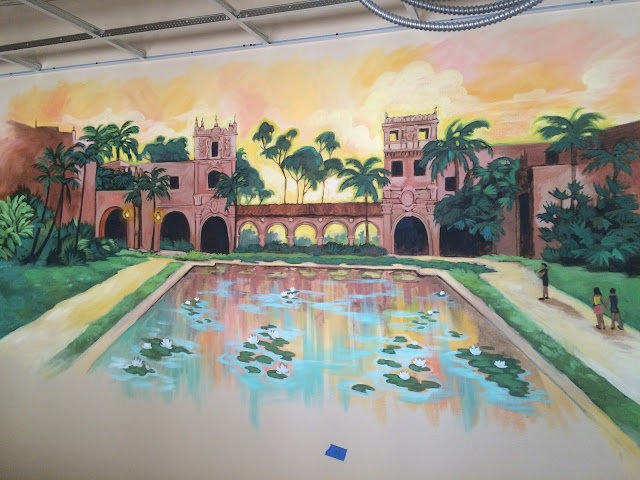 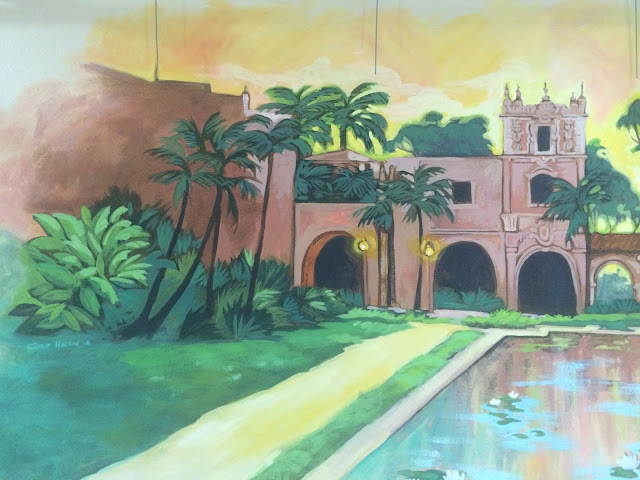 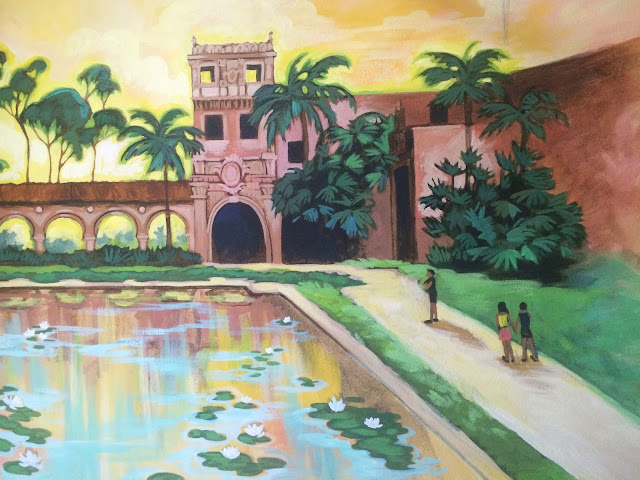 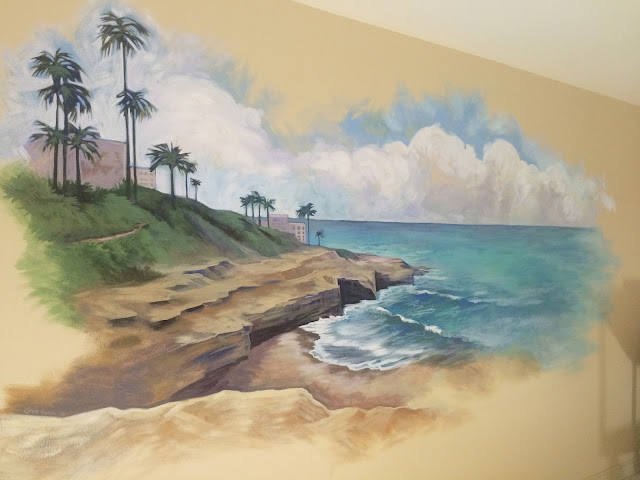 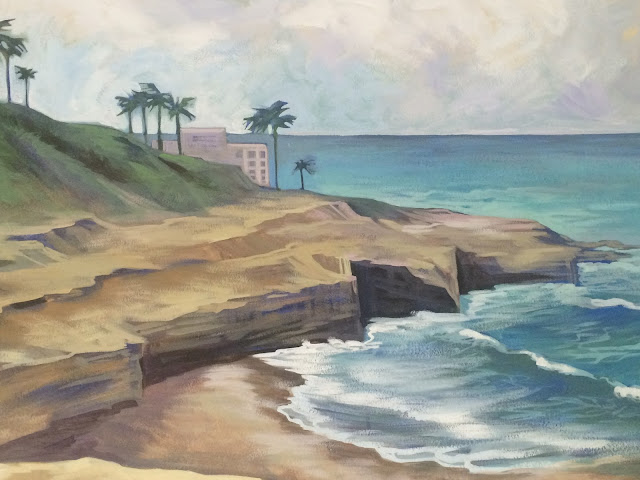 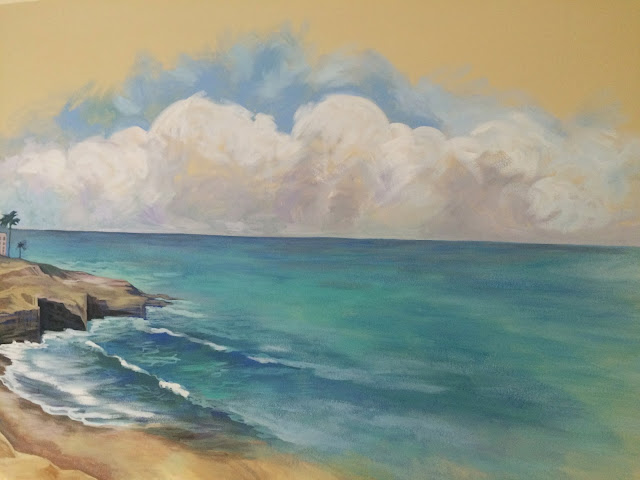 I'm sitting here in the airport during a layover on my way home to Portland. I just finished up a week-long mural painting trip in San Diego! It was a very intense and productive trip. I finished three bigger murals, painted clouds onto a blue ceiling sky, plus a few smaller vignettes. Muraling that intensely is physically exhausting (murals are big and command lots of movement in themselves... add climbing up and down scaffolding a million times to that and you get one tired Corie!) But a very good trip overall. Though there were moments of terror (I hate heights!) There were also many moments - hours even - where the exterior world melted away, my own thoughts melted away, and all I was left with was that blissful feeling of "flow." Painting is so good. #addictedtoflow

I opened up my laptop just now with the intention of blogging about the trip and posting a ton of pictures, but I found this post in my drafts, waiting to be published. So, I'll post about my San Diego trip next time. But for now, a look forward at what's to come!

I made the following mock-ups for a client in photoshop, and I get to paint it in a couple weeks!! This one is a bit more loose, playful, and generally magical than I'm used to painting for commission work. I'm super excited to be allowed the freedom to make this on a wall that doesn't belong to me. I think that painting something like this has a bit more to say than some of my other work. It feels like it has more of an opinion, if that makes sense. Instead of just saying, "this is Portland."... It says, "my city is SO beautiful - especially at night." Also, COLOR! Can't wait. 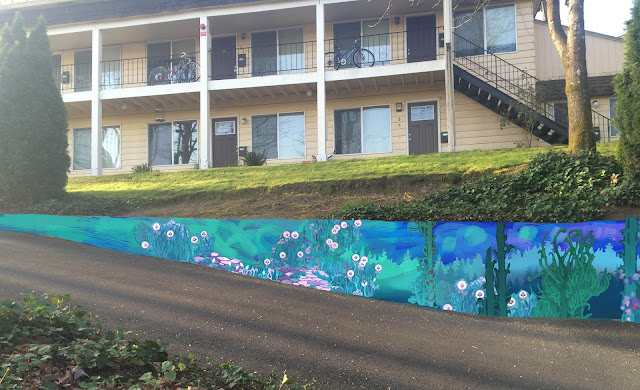 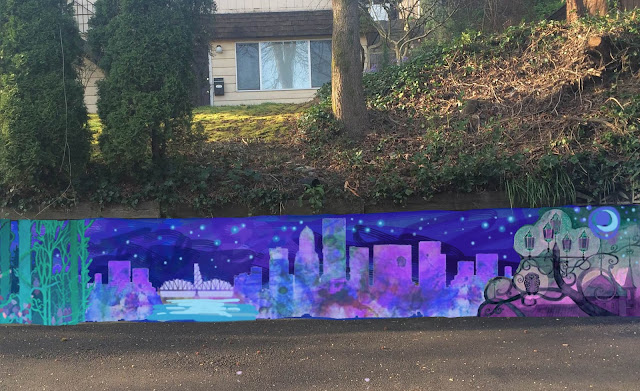 Posted by Corie Hinton at 9:26 AM No comments: